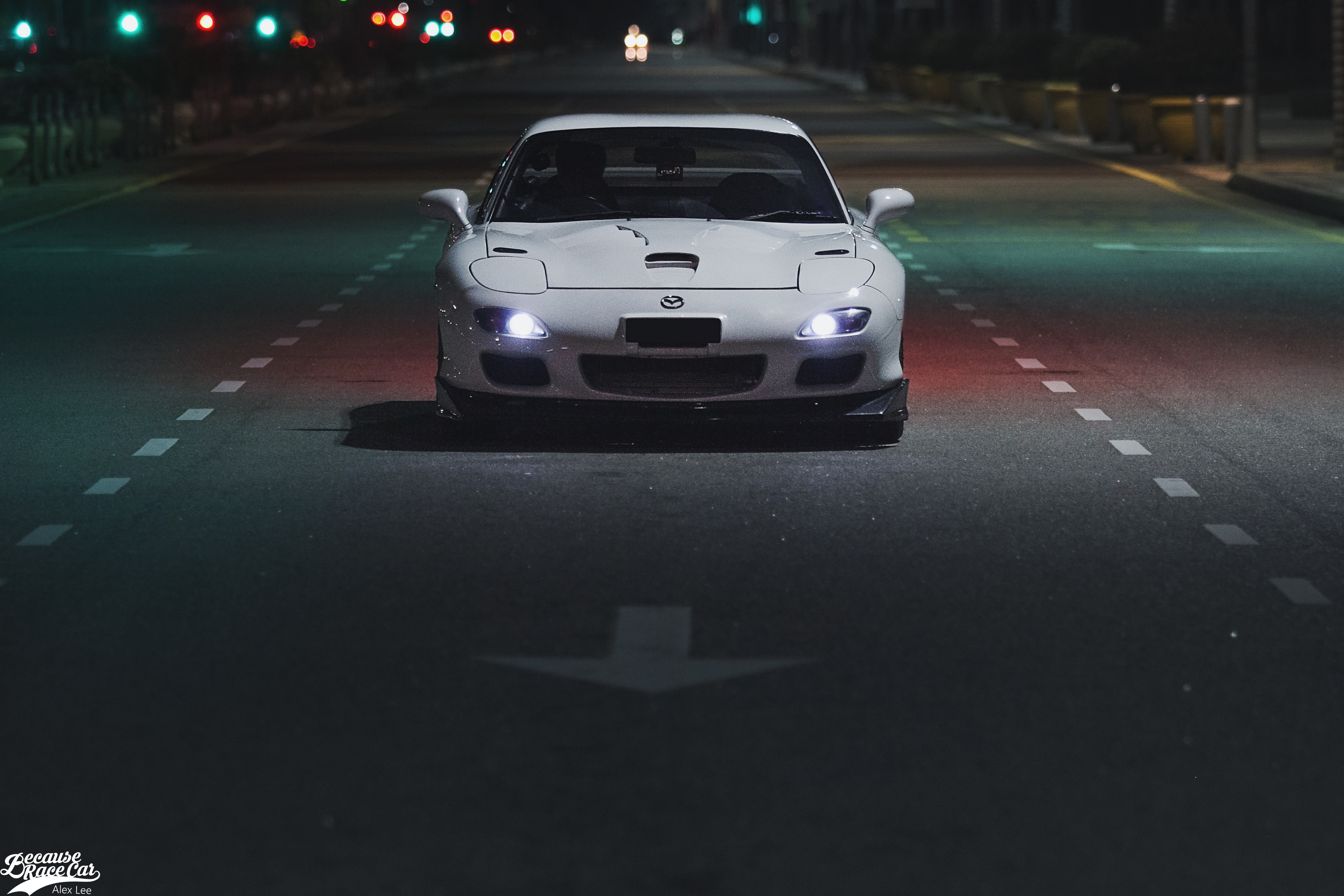 We decided to do a feature on Tzen’s RX-7 because of how clean is it and I love RX-7 with 99 spec look.

Most of the car enthusiasts who came to this world in the mid 70s to mid 90s will agree that the late 80s to mid 00s JDM(Japanese Domestic Market) performance cars are the highlight. That is the era of where all the car manufacturers are pushing the technology boundaries and sports car/performance car was the cool thing to have rather than the SUVs of today. Besides, the relatively lax legalization requirement when it come to emissions, fuel consumption and safety certainly contribute to the the cause of making good performance/sports car. To Tzen, who is born in the 90s and just 2 years older than me, it is not an exception too. Tzen developed an interest in the RX-7 during his early high school year when he was playing Need For Speed. It was then that he decided that he want a RX-7 FD3S.

Mazda RX-7 is Mazda’s flagship sports car back in the days and there are three generation. The first generation is SA22 followed by FC3S and finally FD3S which is the generation we are featuring today. The successor, RX-8 certainly do not live up to its high expectation set by its predecessor. The most notable feature of RX-7 would be the rotary engine. Instead of the traditional 4 stroke piston and crank engine configuration, rotary operates by reciprocating motion. The smoothness, ability to rev, compact packaging of the RX-7 would be the biggest upside while the fuel consumption, bad detonation resistance and Apex Seals are the biggest downside. Due to the packaging, rotary engine can seat much lower in the engine bay compared to traditional piston engine which result in much lower COG(Center Of Gravity). The low COG coupled with double wishbone suspension layout on all 4 corners, 50/50 weight distribution, FR and manual transmission certainly helps to cement RX-7 status as a proper Japanese sports car. As a result, RX-7 is a car that have a cult following all over the world.

As a matter of fact, RX-7 is still the platform of choice for a lot of people who is into time attack/circuit racing/touge. Besides all the above attribute, the timeless design/profile of FD3S certainly mesmerized a lot of fans and Tzen is no exception. Since this is not Tzen’s daily driver, the fuel consumption and impracticality that came with a 2 seater coupe is not an issue for him. As a matter of fact, that is how he like it so he will appreciate it more each time he get to drive it.

V-mount is an arrangement which place the radiator at the opening of front bumper with a slant and intercooler on top of that laying flat. Thus, a “V” geometry is formed in between and that is how v-mount is named. Car such as S2000 or RX-7 can be spotted with such configuration due to ample room in front of engine.

A close friend of Tzen sent him a classified listing for this very RX-7 some time back. Despite having different colour body panel, Tzen decided to check it out anyway. After a close inspection and he found the car to be in decent mechanical condition with no sign of bad accidents, he decided to make this very RX-7 his. The first thing he do after he got the car was sending it to paint shop for a white colour full body paint job. Under the ownership of Tzen, he only did minor maintenance/modification for the car such as completing the 1999 exterior body panel conversion, replaced the stock suspension bushing with Superpro items and a Greddy v-mount conversion. It is safe to say that this particular RX-7 have found a good home who will provide the required TLC(Tender Love Care) to keep this car in good shape.

Right now, Tzen will take a pause in enjoying his RX-7 as he went to overseas for study. He don’t really have future plan for it as he just intend to enjoy his childhood dream. What a lucky guy. We shall see how long does the famous last word of all car enthusiast, “I don’t intend to mod much” last for Tzen.

All vacuum house change to sillicone

Takata 4 point harness for driver side