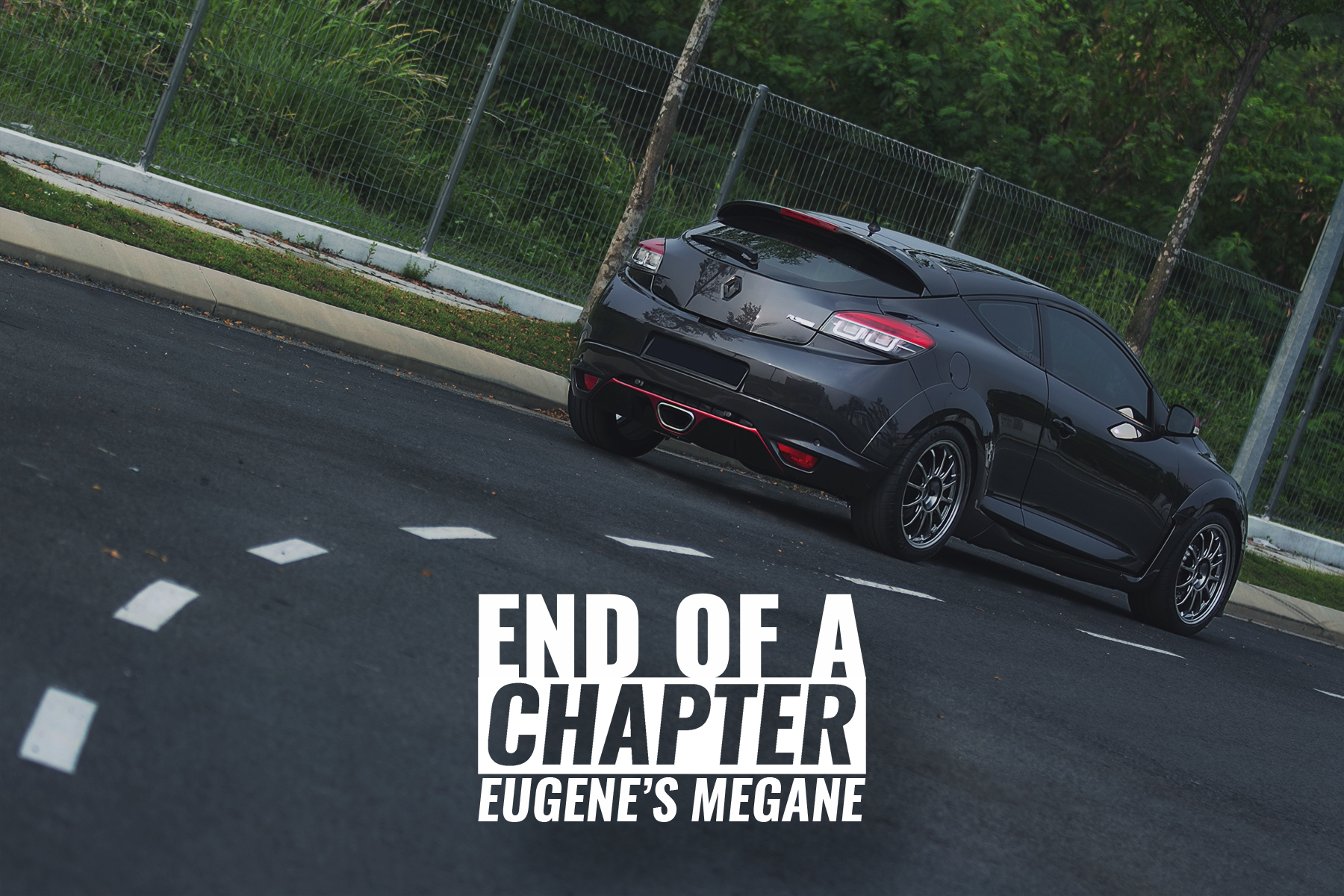 Does the name Eugene Lee sound familiar? The fans who follows the premier time attack event in the Malaysian and Singaporean region, TimeToAttack hosted by Zerotohundred.com closely will be familiar with this name. Eugene Lee is the owner/driver of the fastest Megane around the pre 2016 repaved Sepang and he is the only one who have gone below the 2:30s mark. He will go down the record books as the one and only who have done this due to 2016 Sepang repavement work which also carries some change to the configuration of the track.

Eugene’s interest in cars begin when he got his driving license at 18 years old. His first car was a car that shall be very familiar to a lot of enthusiasts in Malaysia, Proton Satria. He was also one of the founding members of Pro-Hatch club back in the day. He got the trackday disease after he brought his previous car, Honda Integra Type R DC5 Pre Facelift. It was back in 2009 and ever since the first ignition.my trackday he attended, he is hooked to driving fast ever since.

Having sold the DC5 back in January 2012, he was shopping around for a replacement. He test drove other FWD performance cars such as Volkswagen Golf GTI, Mazda 3 MPS and Honda Civic Type R FD2 with none of them offering what he want. One fine day, Eugene and his friend spotted a Megane RS during their yamcha/teh-tarik session after the sales of DC5.The shape of Megane along with the yellow seatbelt captured the imagination of Eugene. Eugene liked what he saw but he remained skeptical about Renault as reputation of Renault in this part of world is not exactly good. The next day, he went for a test drive. After the test drive, he was impressed with various attribute that stand out such as low driving position, pedal placement that is ideal for heel and toe, nonexistent turbo lag and the brilliant chassis developed by Renaultsport. After looking on mudah.my, he found a used unit and got the car in April 2012.

Renaultsport Megane RS250 is the first Megane III RS developed by Renaultsport. For peeps who are familiar with the british motoring press, you will know that most writers hold high regard for the Renaultsport hot hatch. Fundamentally the hardware is simple but the French seem to get so much out of the hardware. Even 7 years after its introduction, Megane is still one of the benchmark for hot hatch. It is also one of a few hot hatch that managed the feat of sub 8 minutes Nurburgring Nordschleife laptime in Trophy R 275 guise. The Trophy R 275 in record breaking guise feature goodies such as Ohlins dampers, composite spring, Speedline wheel, Michelin Pilot Sport Cup 2 tyre, fixed back bucket seat as well as Li-ion battery right from factory! In short, it is one of the most focused hot hatch developed by Renaultsport along with its predecessor, Renault Megane R26.R which is regarded as the GT3 RS for hot hatch.

Having seen the potential of Megane from factory, let’s take a look at Eugene’s interpretation with Megane RS250 as base car. When asked about his most favorite mod on the Megane, the answer came in the form of Nitron R3 coilover. This is a serious bit of kit as the Brit would like to put it. The coilovers feature a 3 way damping adjustment which is high speed compression, low speed compression along with rebound adjustment. Due to the complication of dialing in a 3 way adjustable coilover properly, it took Eugene the whole of 2014 to do just that. However, once that is done, he is very happy with the way the car perform and certainly a key factor to sub 2:30s lap time in his opinion. Power wise, the car is relatively stock and outputting around 320HP to the wheel.

This is how Eugene’s Megane look like in its track guise and before paint job.

The other two main factors lie in the choice of Hankook Z221 semi slick along with weight reduction preparation that Eugene did. Eugene’s Megane is a testament to capability of this fantastic FWD platform developed by Renaultsport. Sadly, all good thing comes to an end, including Eugene’s Megane RS250. The title of this feature, “End of a chapter” shall give you a clue on why. Eugene have recently sold his Megane RS250 and he has already taken delivery of an even faster european hot hatch from another marque. Don’t fret though, Eugene will still be around and we should follow closely the progress of his new car along with newly repaved Sepang.