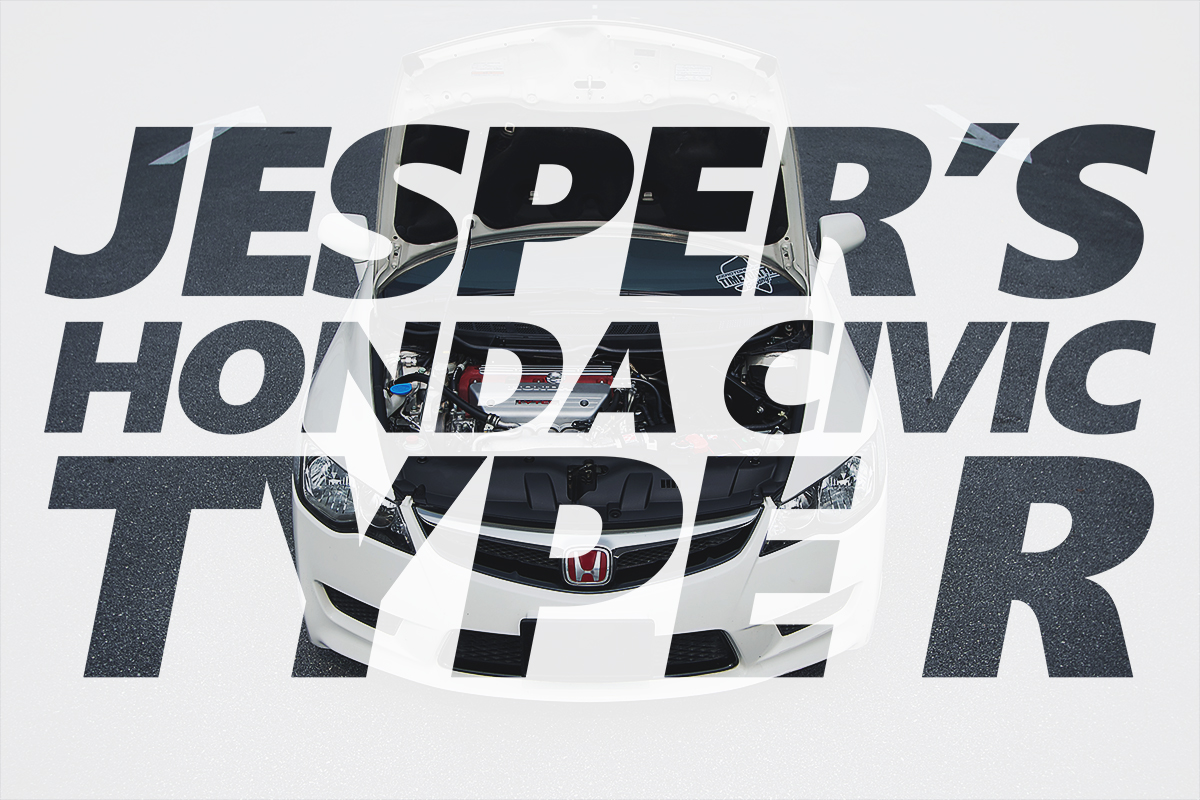 Jesper and his Civic Type R FD2 in action during ZTH TTA Round 2 2015.

Sometimes, there are some simple car builds that just do their job as well as more complicated or advanced builds. Today, we are bringing you just that for our third feature of our Honda month special.

A driver’s car and helmet. This is what #BecauseRaceCar is all about!

From this view, you can see the aggressive front camber. Those who track their car should know how important is that to ensure you are maximizing the grip of your tyre has to offer and to ensure even wear across the thread of tyre.

At first glance, you may dismiss this Honda Civic Type R FD2R as another typical stock Type R that roams the streets of Kuala Lumpur. This FD2R may look as if it has not been modded, but Jesper, who is in his mid 20s, have clocked a personal best of 2.35.172 around the 5.543 stretch of tarmac of Sepang International Circuit.

Growing up, Jesper is not very interested in cars as he thinks they are just tools that bring you from point A to point B like any other average joe on the street. However, he does follow the development of the Formula 1 racing season from time to time. He started driving when his mom got him a Perodua Myvi, the typical little Malaysia built Daihatsu engineered ecobox that vast majority of young Malaysians drive so he can go to college himself. During his college days, hanging out with schoolmates from Mechanical Engineering who are interested in cars piqued his interest into the modification world. As you can already guess, the slippery downhill slope of car modding started from that point.

Nothing to see here mate.

After attending a time attack event at MIMC(Melaka International Motorsport Circuit which is a karting circuit), he got hooked and decided he want to run in the circuit. The next car he owned was a Honda CR-X Del Sol. That secured his roots in Honda/NA/VTEC. After spectating the ZeroToHundred.com Timetoattack(TTA) final round 2012 and after seeing how good did the Honda Civic Type R FD2s perform and being impressed with the lap timings achieved, he did further research at home of previous TTA events. The turbo car rivaling lap time capability of the NA FD2R made him make up his mind and he decided he must absolutely own one.

Nothing scream functional parts more than big Recaro/Bride wording on the seat.

Want to go for a spin around SIC?

He got his very own Honda Civic Type R FD2 in championship white that happen to be a parallel imported unit in 2013. After getting hold of the keys, he visited and then built up a good relationship with Desmond of N1 Racing who play a big part in the success of this car. In his first ever trackday, he did a lap time of 2:51. With basic mods (3″ exhaust, Hondata and Hankook RS3) he managed to clock 2:41 during 9tro trackday back in 2014. The next round of mods consist of Skunk2 drop in camshafts and Skunk2 intake with remap to suit which netted him 243WHP. At this point, he was still on stock suspension and he managed to clock a respectable 2:38 at SIC.

After some discussion, the next round of mods were Tein Super Racing 2 way adjustable coilover, Kaaz 1.5way LSD, Exedy clutch pad and further weight reduction with 2 fixed shell bucket seats which netted him his personal best of 2:35.172 during TTA Round 2 2015. We believe this is the fastest Honda Civic Type R FD2 on NA with stock bottom end/2.0L and street tyres. Given the state of the build, it is mighty impressive. Jesper have proven that, spending the money on the right components, dialing in the car and getting quality seat time will be rewarded with good timing around a circuit.

It’s going to be LOUD! Again, another area where it scream functionality with 3″ straight pipe and the external reservoir for Tein Super Racing 2 way adjustable coilover!

As for the future, Jesper mentioned that he have no plan presently to do more mod to the car. He instead, would prefer to concentrate on improving his driving and improving the setup of the car to go even faster. After analysis of his 2:35.172 lap, Jesper thinks that a 2:34 lap time is very much in the card for this car. Hopefully this feature of a simple build will inspire you to get out there and clock in some seat time around a circuit.

OK in this case stand for ok to drive in track.

Tuned by Desmond of N1 Racing