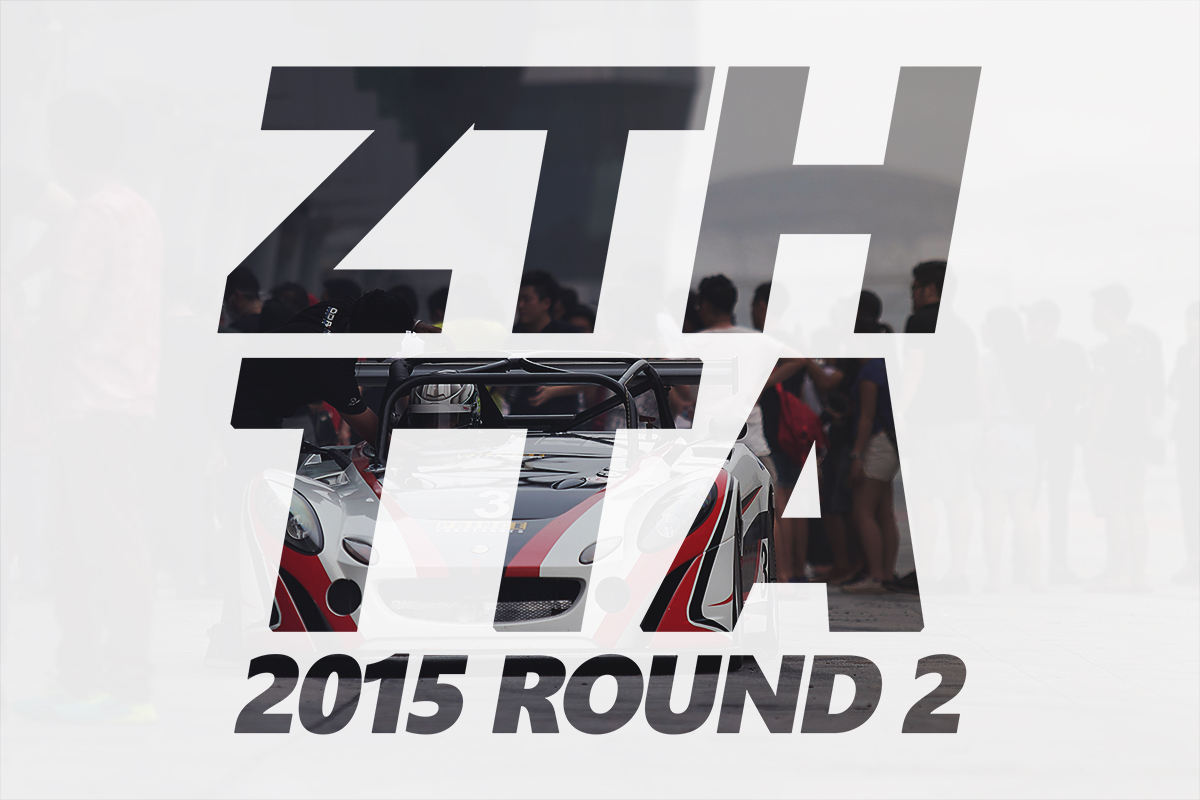 Here is our final post for zerotohundred.com Time To Attack(TTA) Round 2 2015. For this post, we will fit the content that does not belong to result post and of course, there will be picture of the very important HKS GT1000+ GT-R demo/time attack car. Enjoy!

This is the section where we will post all of our picture taking inside pit or along pit lane. Enjoy!

RX-8 time attack car with turbo built by Fuji Motorsport out of Singapore.

Tunku Idris, TTJ(Tunku Temenggong of Johor) surprise show up during TTA with his awesome Chevrolet Corvette C7 and Hold HSV.

This Mitsubishi Lancer Evolution IX GT belong to Ivan from Sinagpore. It is packing a serious punch with 623WHP on his high boost mode, 2.3bar. Engine setup is 4G63 with stroker and Precision 626x turbo.

I promise, this is the last pictures we have of Ivan’s awesome Lancer Evolution IX GT.

How wide would you like your Lancer Evolution to be, sir?

You think we would forget about the guest from japan, Nobuteru Taniguchi and HKS GT1000+ GT-R?
Hell no!!

It is fantastic to finally see the figure we grew up with, Nobuteru Taniguchi in person. He is much taller than expected! Definitely a fan boy moment for us. HKS GT1000+ GT-R is no less of a star too. With 1300HP on tap and total of only two hot laps over two days, Nobuteru Taniguchi and HKS GT1000+ GT-R managed a best of 2:07.193 on Advan A005 slick. While this is the FTD(Fastest time of the day), it is strictly an exhibition run. Besides, according to rulebook of WTAC(World Time Attack Challenge) which is one of the most important time attack event on the planet, usage of slick strict is prohibited during competition.Here is a series of picture of guest from Japan, enjoy!

We don’t usually post picture of driver here, but when we do, it is JDM land superstar, Nobuteru Taniguchi. For those who frequently watch Hot Version will know he is one of the host there. Besides his racing success, Hot Version play a big part in boosting his popularity.

Nobuteru Taniguchi doing what a superstar does, singing autograph for his friend.

If you are luck enough, you can in a taxi ride with Nobuteru Taniguchi in Racing Club GT86 or Motorsport Playground Nissan GT-R.

This is the moment we laid our eye on HKS GT1000+ GT-R demo car. Nice to see an iconic HKS liveried car on our shore!

We took this picture during early morning, hence there is lack of crowd.

The calm before the storm.

Overall, we enjoyed this event tremendously and would like to extend our appreciation to the organizer, zerotohundred.com for hosting this event and allowing us to cover it in such detail. We reckon this is one of the best TTA yet thanks to presence of actual HKS demo car and Nobuteru Taniguchi which certainly will help in boosting the profile of this fantastic event.

Till the next TTA!